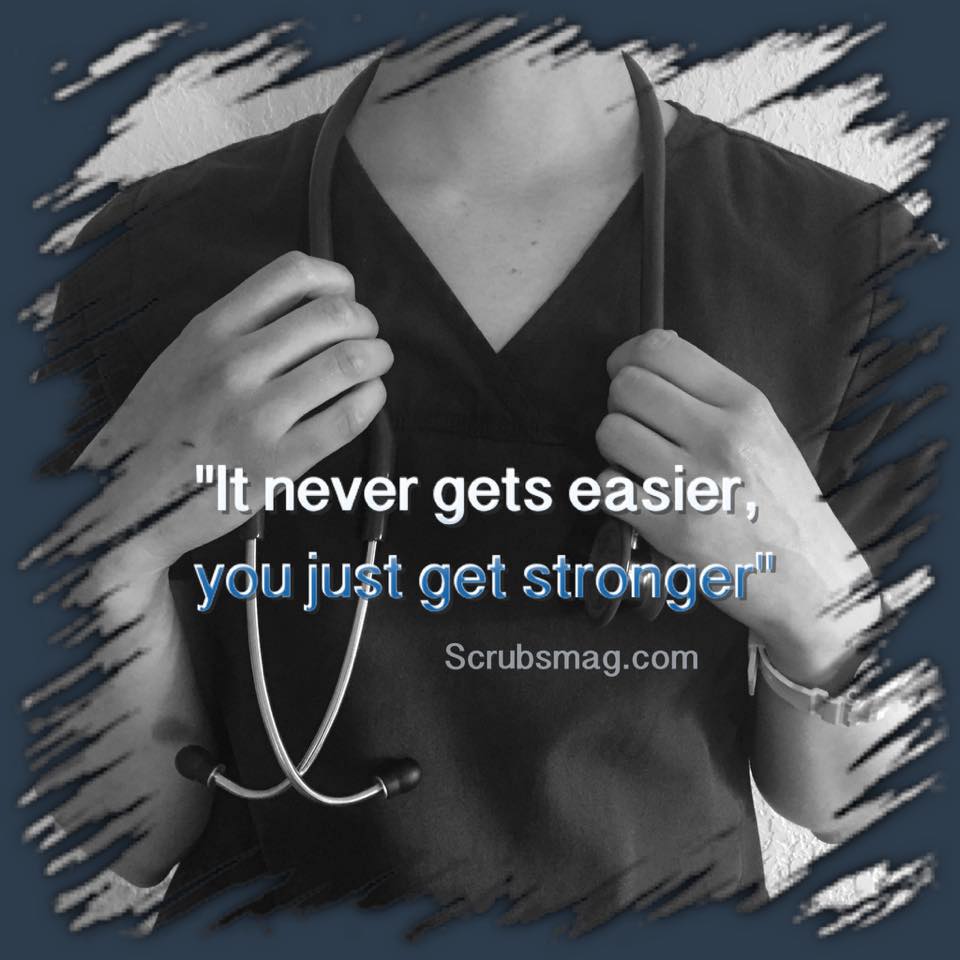 As I think back, I believe the question “What do you want to be when you grow up?” was first brought up in my early years of elementary school.   Me, who aspired to be just like my mom, said something like, “I want to be a mommy.” Later in elementary school I wanted to be a teacher, EMT, artist, nurse, doctor, coach, and whatever other occupation that had a positive influence in my life at the time. However, unlike most people, it was in high school for me that my occupation seemed set in stone: I was to become a nurse. I went to college and struggled as I worked hard to achieve this goal. Thanks to amazing friends and family, I graduated four years later with my bachelor’s degree in nursing.  I then accepted a job as a nurse on a Neuro Trauma Unit in Nebraska closer to home.  This is where my journey as a nurse began.

I started my job as a nurse in August of 2013. I really thought that was all it was-just a job.  It is so much more than that.  It was hard for me to have people’s lives in my hands and to work with doctors, who to me at the time were like gods.  It was even harder for me to not feel confident in what I was doing.  Four years of nursing school had not quite prepared me for the reality of life and death. I was an emotional wreck after my first code blue.  Having to call a family and tell them that their loved one has died or has been transferred to the ICU and is fighting for his or her life is devastating. There was even a time that I called the wrong family and told them their loved one was dying, which was mortifying.

I remember crying before I went to work asking God if he was sure this was really what I was supposed to do with my life.  It was not until at least six months into my job that I felt confident in what I was doing. I learned when to hide emotions, when to show emotions, and when to laugh in the midst of tears. I learned that each patient I take is someone’s loved one deserving every ounce of my respect no matter how draining he or she may be at the moment.  I also learned to love my job even though at times it seems to be chaos.  My job as a nurse can be very rewarding, but sometimes you have to make it through the rain before you can she see the rainbow.  William Shakespeare said, “The meaning of life is to find your gift the purpose of life is to give it away.” Through the few years I have been working as a nurse, I found this to be true.

Where I work as a nurse we focus on brain injuries, back injuries, and traumas, giving us a huge array of illnesses.  I am constantly learning new things which is one of the many beauties of being a nurse.  It is an amazing privilege that we get to see people come in completely broken and walk out of the hospital a new person a few weeks later. Someone once asked me what my favorite part of my job was, and I was able to tell them without hesitation that it was watching the healing process of the body. The complexity of the body really is amazing!

In the next six months I have chosen to take a new path in my journey as a nurse and am now headed overseas to work.  I will miss many things about my current job, including the family my co-workers have become.  I am excited, though, to see what this new road looks like in my life.