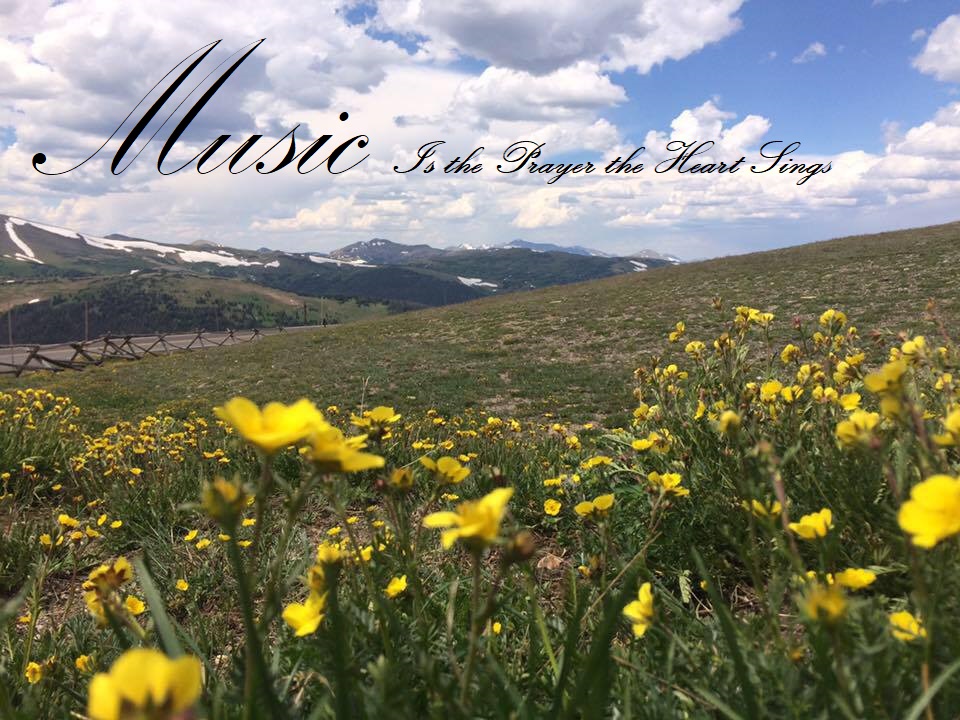 I came from a family of pretty good musicians, but musician has never been something I have been able to call myself. Try as I may to learn an instrument, I somehow end up frustrated and honestly jealous of my siblings’ musical talents. Music is something I very much enjoy listening to but something that does not come easily for me to play. I think that is why I felt so moved by a story of Max Lucado’s called “The Song of the Minstrel” found in his book, When God Whispers Your Name.

“The Song of the Minstrel” talks about Max Lucado going into an antique store with his family. After a time, he heard beautiful music coming from the next room. As he went to investigate, he found that it was his seven-year-old daughter. Though it appeared she was playing the song, she was only trying to keep up with one already written. When a key would dip, her hands would dash as the piano assisted her in playing “chopsticks.” He talks about his daughter’s delighted face as she played this beautiful melody. His daughter couldn’t fail because one greater than she was dictating the sound. She was free to play as much as she wanted, knowing the music would never suffer. Max Lucado goes on to explain that we sit at the keyboard of life willing to play the only song we know, only to discover a new song–a sublime song–and nobody is more surprised than we are when our efforts are converted into melodious moments. “You have one, you know, a song all your own. Each of us does. The only question is, will you play it?”- Max Lucado. Even though you may not understand how God works you know he does. So, why not pull up a bench and take your seat at the piano called life and play.

This past year my life has taken on a slightly different melody as I have worked to wrap up my current life as a nurse on a neuro trauma unit and start my life as a medical personal overseas. I have met with many different people and have been privileged to share my heart in different church services as I have worked to gain support to spend the next two years in Nepal. The process of raising support and asking people for money is hard. It is a very humbling experience and an amazing faith builder, as you must rely completely on God to direct you. Those of you who have heard me speak know I am not a great speaker as my neck rashes out, my hand shakes as I hold the microphone, and my voice wobbles as I speak, yet you have all been gracious and I am so humbled by your love and support for God’s work overseas. I have learned a lot from each of you as I have spent time in one-on-one conversations and speaking with you in small groups. Each one of you is precious and so different from the other; God is working in amazing ways all over Nebraska, as well as in Texas, Kansas, and South Dakota. To all of you who have felt led to come behind me through prayer and support as I head out on this adventure–THANK YOU! I am now 100% funded and am working on the next steps to get the green light from the national office in hopes to fly out the first of September. There is a medical conference in Kathmandu, Nepal, starting on the 8th of September that I would like to make it to. My team may then be headed up to the mountains as early as October.

As the melody of my life heads in a new direction, it is now time for me to say goodbye to what I have known. When heading in a new direction in life people so often tell about the excitement and anticipation of what’s next, but they forget to mention how hard it is to let go and say goodbye to those dear to you. I am here to tell you it is hard. I am not an emotional person and I cannot tell you the amount of times I have melted into a puddle of tears as I pack another box, go to another going away party, or say goodbye to another family member or dear friend. Yes, this transition might only be for a couple of years but it is still time away from those I love.

This journey is a childhood dream come true–the answer to a call I have felt placed on my life as a young girl. It is something I am looking forward to yet am nervous about as well as I head into the unknown. Please keep me in your prayers and I will do my best to allow God to guide my hands and play this new melody He has written for me.